Written by Team Jepto
Updated over a week ago

When running an Advertising campaign there are multiple factors that affect your spend, such as audience size, competition, day parting and bidding type, just to name a few. When running trying to stick to a pre-set budget the fluctuation on a daily basis can make your monthly (or other period) spend higher or lower than anticipated.

Often there are learnings in the initial part of the period and then you will want to tighten things up at the end to ensure that you hit your target. To facilitate this Budgets utilise a Starting and Ending Threshold to determine the status of a Budget at any given point in time. 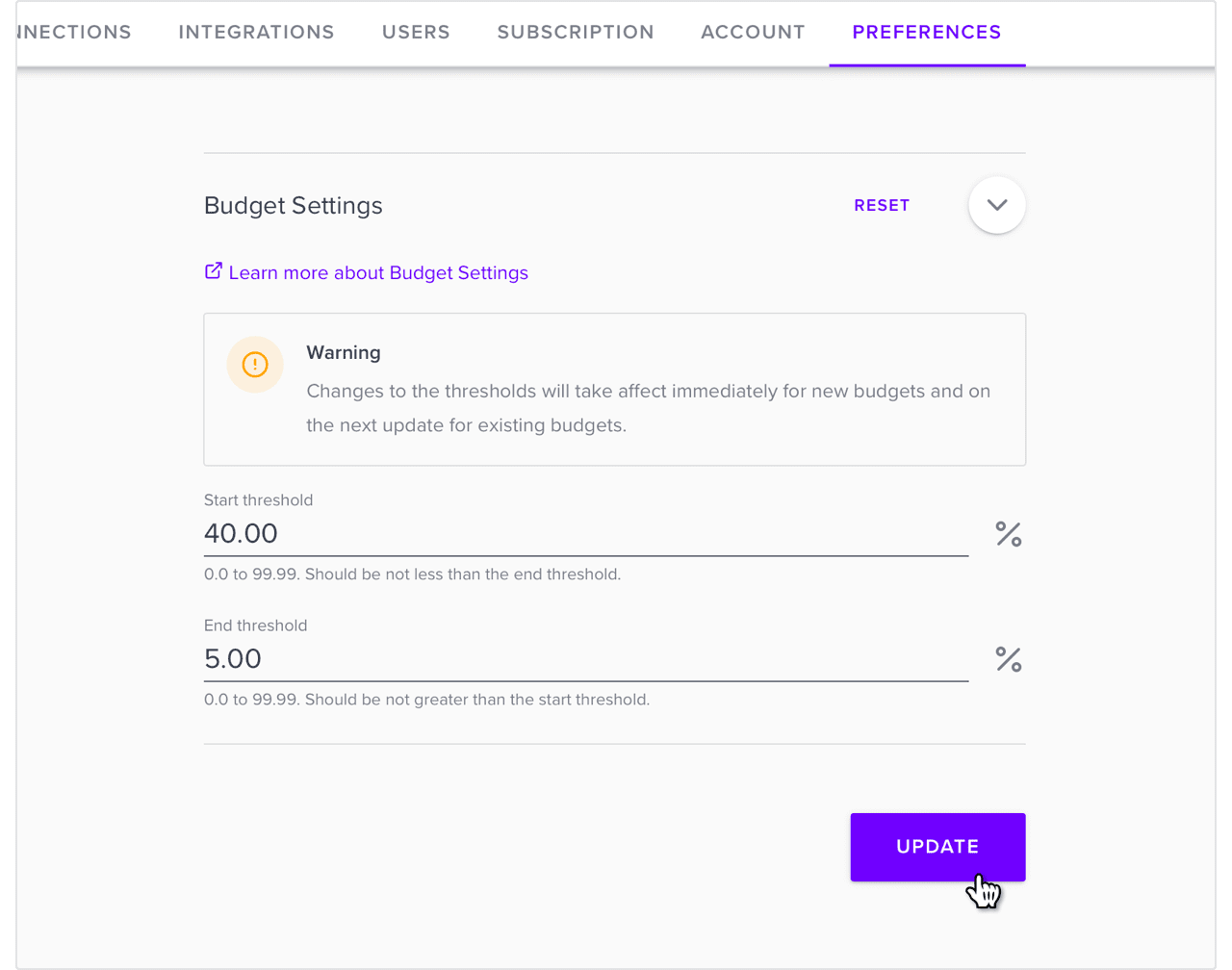 The Examples graphs below show a Budget that is set with the default thresholds in both the Series and Cumulative graph types. 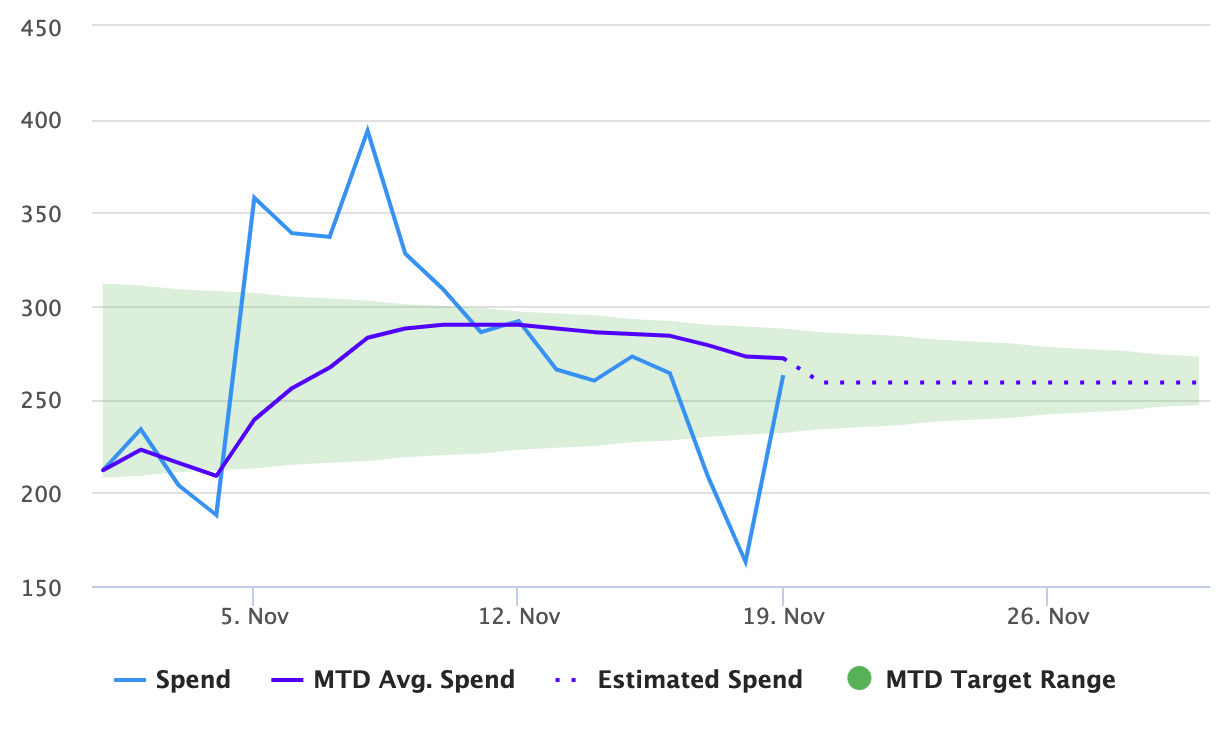 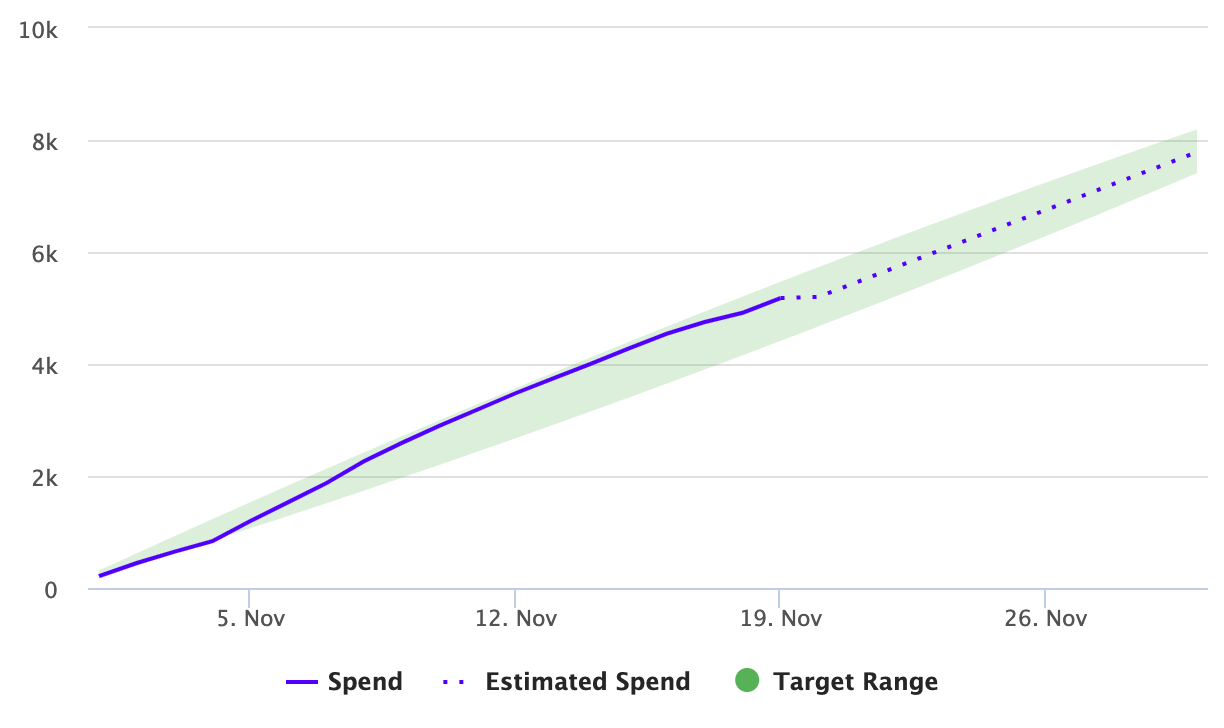 Note: When comparing this graph type to the Series it appears to start small and then get bigger in the middle and smaller at the end. However both graphs have the same data, but because budgets are using percentages a large percentage of the first few days of the period are quite small compared to a decreasing percentage of a larger amount mid way through the month.

Did this answer your question?